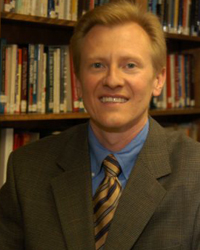 James R. Otteson is the executive director of the BB&T Center for the Study of Capitalism, and Teaching Professor of Political Economy, at Wake Forest University in Winston-Salem, North Carolina, as well as a Senior Scholar at The Fund for American Studies in Washington, D.C. He received a BA from the Program of Liberal Studies at the University of Notre Dame, an MA in philosophy from the University of Wisconsin–Milwaukee, and an AM and PhD in philosophy from the University of Chicago. He has taught previously at Georgetown University and at the University of Alabama. He is author of Adam Smith’s Marketplace of Life (Cambridge, 2002) and Actual Ethics (Cambridge, 2006), the latter of which won the 2007 Templeton Enterprise Award. He is also the editor of The Levellers: Overton, Walwyn, and Lilburne, 5 vols. (Continuum, 2003) and of Adam Smith: Selected Philosophical Writings (Imprint Academic, 2004). His book Adam Smith was published by Continuum Press in 2011. He is currently working on a book entitled The End of Socialism, which will be published by Cambridge University Press.