The story has draws on the example of Neenah, Wisconsin, described as “a quiet city of about 25,000 people” that “has not had a homicide in more than five years.” (I have been to Neenah, and I can testify that the word “quiet” should be capitalized). The Neenah PD has recently acquired its own MRAP. Designed for Afghanistan, these wonderful trucks proved a bit too top heavy for the terrain. So the vehicles are now available for local law enforcement for a song (or free). This is not a bad deal. The original price tag varies, but the top end model cost about $750,000 to produce. 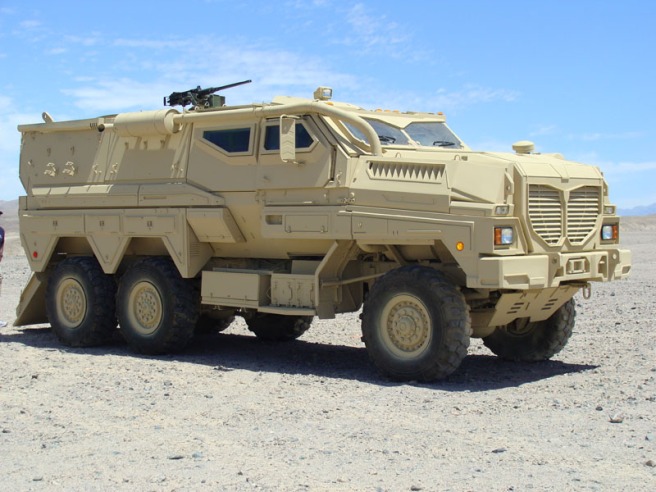 A quick web search reveals a few other locations that have secured their own MRAPs, including Nixa, Missouri, Fort Myers, Florida, Klamath County, Oregon, Christian County, Missouri, Boise, Caldwell, Preston, Nampa and Post Falls (all in Idaho). Even Ohio State University Police Department has one.

Why would Neenah need an MRAP? Simple: the possibility of violence. As the Neenah Police Chief explains: “We’re not going to go out there as Officer Friendly with no body armor and just a handgun and say ‘Good enough.’ ” After all, maybe there have been five years without a homicide, but what about next year…? Reason has similar piece on the sheriff of Pulaski County Indiana who has secured his own MRAP for a simple reason: “it’s a lot more intimidating than a Dodge.”

Speaking of Indiana, the New York Times story has a rather striking paragraph that provides another reason to get that MRAP:

“You have a lot of people who are coming out of the military that have the ability and knowledge to build I.E.D.’s and to defeat law enforcement techniques,” Sgt. Dan Downing of the Morgan County Sheriff’s Department told the local Fox affiliate, referring to improvised explosive devices, or homemade bombs.

I will let that one sink in for a moment. The police need MRAPs to protect themselves from veterans.

For a host of reasons, the US murder rate is at a 40-year low. Yet, our law enforcement has never been more militarized thanks to our endless wars abroad and our policy to distribute our surplus tools of war at fire sale prices. With all the surplus yet to be disposed of, this is one trend that is likely to continue for some time.

2 thoughts on “The Spoils of War [Surplus]”