I am quite pleased to announce that Mark Pennington – a political theorist at Queen Mary, University of London –  is joining Pileus as a regular contributor.  Mark had a fruitful stint as a guest blogger back in December, and we decided we really wanted his voice here full-time.  Aside from the great content Mark provides, we hope he – and Pileus – will serve as a bridge between classical liberals in the U.S. and the U.K.  As always, we really appreciate the support of The Fund for American Studies (and Roger Ream in particular) for helping us make this happen. 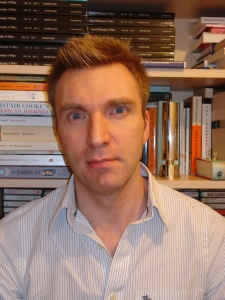 On the irrelevance of education externalities.

On private versus public nudging.

On systemic failure in markets and politics.

On the mirage of climate justice.

Here is a brief bio:

Mark Pennington is Reader in Public Policy and Political Economy, Department of Politics and International Relations, Queen Mary, University of London. His research interests lie at the intersection of politics, philosophy and economics with an emphasis on theories of bounded rationality and their implications for the evaluation of economic and ethical systems. His recent work has included a Hayekian critique of Habermas’s theory of deliberative democracy and a classical liberal analysis of the literature on social capital. Mark’s new book (out in Jan 2011) is called Robust Political Economy: Classical Liberalism and the Future of Public Policy. This work rebuts some important challenges to classical liberalism derived from neo-classical economics, communitarian political theory and egalitarian ethical theory – and applies the lessons learned in the context of the welfare state, international development and environmental protection.

One thought on “Welcome Aboard – Mark Pennington”